Ishai Sharon, F. Optimal Connection’s Head of Roses Department informs the team that we are almost ready for the Christmas sales and so far the prices compared to other years were much higher, especially the Red and White colours. “Other colours have also improved in the last 3 days,” he began. 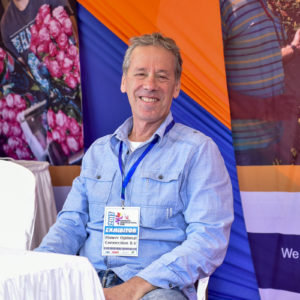 Ishai reports that the extremely bad weather in Kenya, followed by the cold nights experienced in Ethiopia, caused very low quantities of flowers in addition to many problems in their quality. “Especially on the high altitude areas, we see that the farms are experiencing a very high percentage of damage and almost no supply,” he points out.

However, Ishai is more than glad to note that the situation has led to a new Price Record for the red varieties. The white colours were also not far behind. Commitment from growers for direct sales, which have normally be done in advance, and the unexpected and extremely low production on the clock actually brought the price of the reds to an even higher level than Valentine’s Day prices!

According to Ishai, “We still have the last 3 days of Christmas in front of us, and then the sales for the new year are expected to be good.” After the rather strange and difficult period, Ishai believes that it’s important to analyze the whole situation and thus carefully plan for the Valentine’s period. He further notes that there’s some noticeable damage to some parts of the crops which were coming from different areas in Kenya. The effects of the poor weather are likely to result in less production, therefore, creating delays in the planning of flush for Valentine’s Day.

“Let’s hope that the climate in Kenya will improve much earlier and the negative effects will also be minimal,” he concludes.

We wish you all a very Merry Christmas and a Happy New Year.